The return of Depression Economics

This is a brilliant book, but it scares me, for several reasons. One reason arises from Paul Krugman’s history of financial crashes. Something seems to be making them happen more frequently as time goes on. Also, they seem to be getting more destructive. In the great depression of the 1930s, John Maynard Keynes said: “We have involved ourselves in a colossal muddle, having blundered in the control of a delicate machine, the working of which we do not understand.” These days the machine is much bigger and infinitely more delicate, and we’re still struggling to understand how it works.

One of the most striking things Krugman tells us is that you can have a recession even when an economy seems basically sound. To illustrate this, he uses the example of a babysitting group in Washington DC. Here, lots of couples agreed to babysit for each other, and to facilitate the process, they issued coupons — a sort of baby sitting currency. If a couple baby-sat, they’d get a coupon; if they engaged the services of a baby sitter, they’d pay a coupon. This sounds straightforward. Actually, it isn’t.

What happened was this: couples, fearful of missing important social engagements, were more willing to babysit on a regular night than to go out on one. Because the ability to attend functions was more valuable than a night off, everybody wanted to hoard their coupons. There was no shortage of baby sitters, in other words, but nobody to baby sit for. So the babysitting group in effect fell into recession. The answer, Krugman says, would have been to tinker with the value of the coupons, like a central bank tinkering with a currency to stimulate an economy.

And this is the second reason the book scares me. Economists usually try to solve problems by tinkering with things , and making them more complicated. That’s because it often works — until, suddenly, it doesn’t. Krugman, a Nobel-prizewinning economist who specialises in recessions, takes us through the history of why they happen. It’s always because people devise an ingenious way to make what appears to be free money, and nobody understands what the consequences might be until it’s too late. There is, it turns out, no such thing as a free lunch.

Take the panic of 1907. In New York, people invested their money in banks, which were regulated, and “trusts”, which were not. This meant that trusts, such as the Knickerbocker Trust, could make risky investments — which, in the boom years of the early 20th century, paid out hugely. Soon, there was as much money in trusts as there was in banks. Does this remind you of hedge funds 100 years later? (It should — 1907, says Krugman, “eerily prefigured our current crisis”.) When one trust failed, lots of investors tried to pull their money out of the system at the same time. The stock market — and confidence in the economy as a whole — plunged.

This is another scary thing. The entire edifice of capitalism is based on capital — which is really just another word for confidence. Wealth is created because people who have capital, or confidence, expose it to risk. If people believe your confidence to be authentic, the risk you take is likely to be small. But as soon as people think you are bluffing, they panic — and panic destroys wealth faster than confidence can ever increase it.

Krugman looks at various crashes, such as the “Tequila crash” in South America in the mid-90s, and the Asian crash that happened three or four years later. They all happen for the same basic reason — the banking system exposes itself to too much risk. Then people lose confidence. Then panic starts. Panic doesn’t even have to be based on anything real. Krugman compares panic to a feedback loop — noise from a speaker is magnified by a microphone, which relays this noise, now much louder, back through the speaker, and so on, until it’s an ear-splitting shriek.

And this is, more or less, the sound emanating from today’s global economy. In the past, every time a crash has happened, something big has stepped in to clean up the mess. In 1907, it was J P Morgan and his consortium of super-rich buddies. After the great depression, it was the second world war, which put people back to work for a couple of decades. When Mexico and Argentina crashed, America stepped in.

And now what will save us? Krugman is mildly optimistic. (But we must remember this book went to press a while ago.) “The quintessential economic sentence is supposed to be ‘There is no free lunch ‘. Depression economics, however, is the study of situations where there is a free lunch, if we could only figure out how to get our hands on it. ”

So there you are. Krugman, one of the sharpest economists in the world, still believes in free lunches. And that’s something that really scares me. 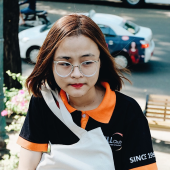 English Study: Phrasal verbs with UP

The secret of famous hotels in the world.